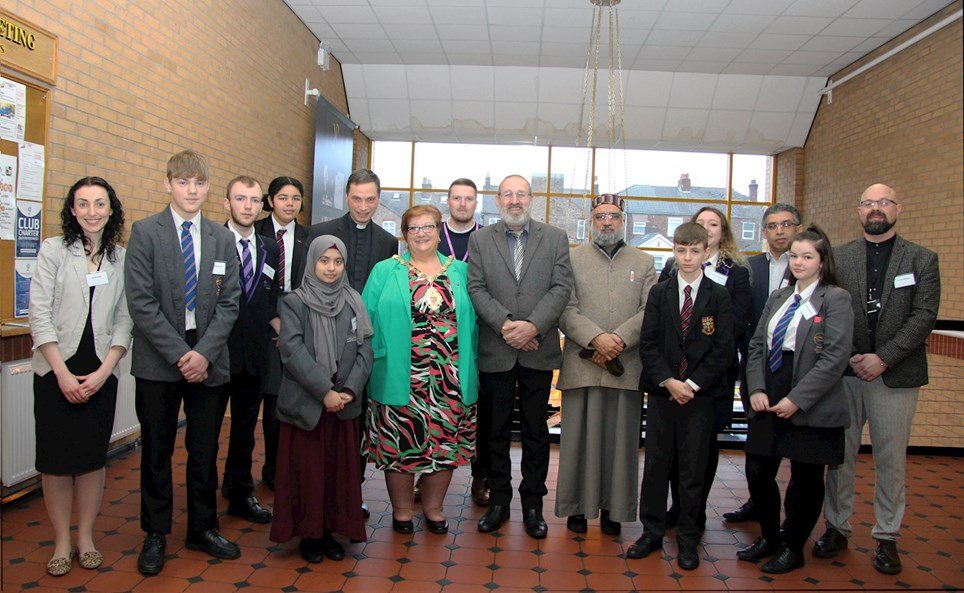 In commemoration of the 75th anniversary of the Holocaust, a group of our year 9 and 10 students were invited to attend a remembrance event, organised by Stoke-on-Trent City Council and held at Port Vale City Football Club.

The aim of the event was to positively counter hate, division and intolerance in Stoke-on-Trent against the backdrop of remembrance for the six million Jews murdered during the Holocaust and subsequent genocides in Cambodia, Rwanda, Bosnia and Darfur.

Students then took part in various workshops throughout the day, enabling them to appreciate the human face of both the Holocaust and the Srebrenica genocide, with opportunities to empathise, understand and learn from survivor testimony.

Our day ended with some team building activities with members from other schools, highlighting the importance of working together and cohesion.

More details about the event can be found here:
www.port-vale.co.uk/news/2020/february/holocaust-memorial-event

This website uses cookies to improve your experience while you navigate through the website. Out of these cookies, the cookies that are categorized as necessary are stored on your browser as they are essential for the working of basic functionalities of the website. We also use third-party cookies that help us analyze and understand how you use this website. These cookies will be stored in your browser only with your consent. You also have the option to opt-out of these cookies. But opting out of some of these cookies may have an effect on your browsing experience.
Necessary Always Enabled
Necessary cookies are absolutely essential for the website to function properly. This category only includes cookies that ensures basic functionalities and security features of the website. These cookies do not store any personal information.
Non-necessary
Any cookies that may not be particularly necessary for the website to function and is used specifically to collect user personal data via analytics, ads, other embedded contents are termed as non-necessary cookies. It is mandatory to procure user consent prior to running these cookies on your website.
SAVE & ACCEPT